GCI IS FIGHTING TO KEEP YOUR RATES REASONABLE 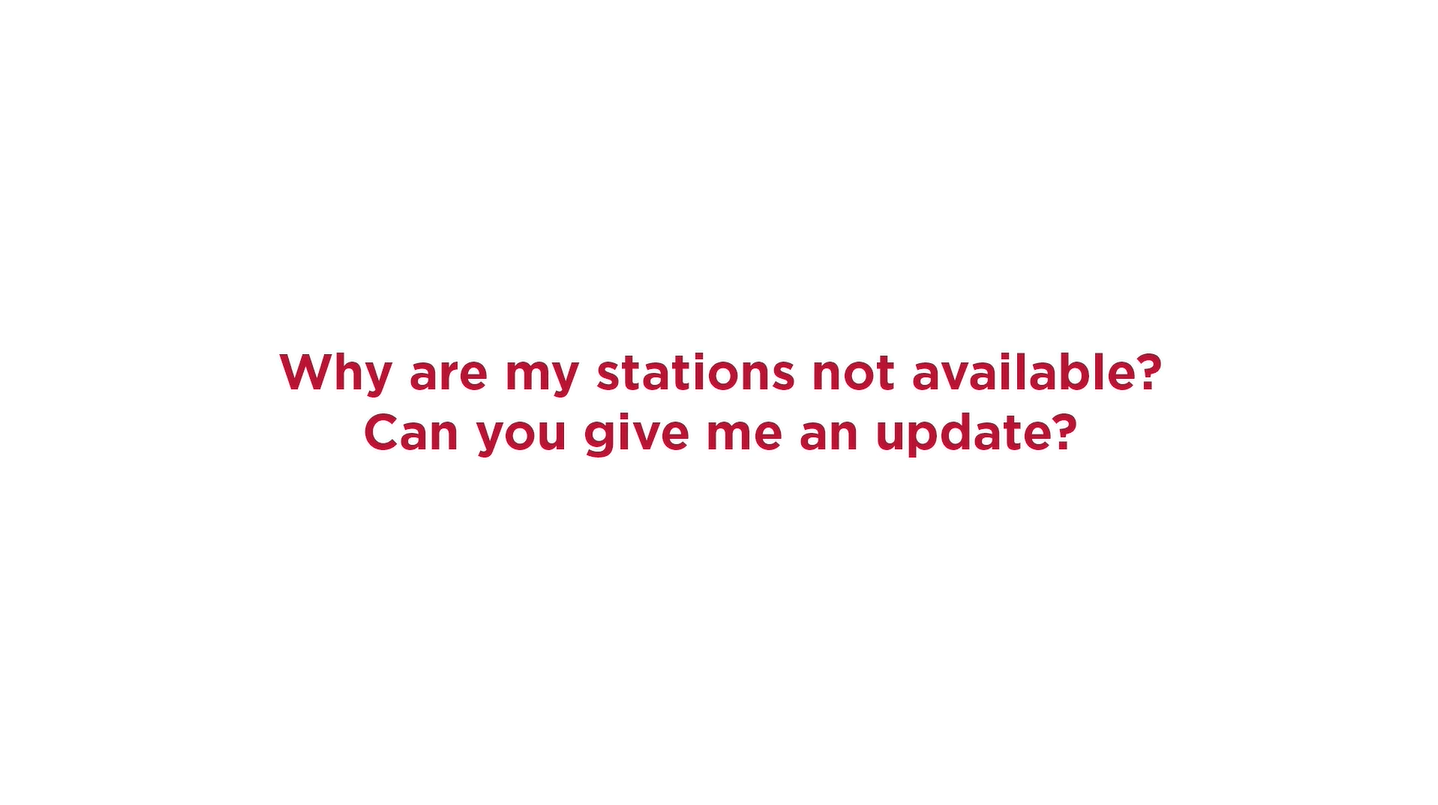 An update on our negotiations with Vision Alaska and Coastal Television

Our contract with Vision Alaska and Coastal Television expired at 5:00 p.m. on December 31, 2020. This affects the local broadcast stations ABC, FOX, and CW (it does not affect the national cable networks, like Fox News, Fox Business, Fox Sports 1, and Fox Sports 2, which are separately owned). We are still actively negotiating with Vision Alaska and Coastal Television to resume carrying these channels, but they are asking for a large rate increase that is not the best outcome for GCI and our valued TV customers. Because we did not reach a deal by the deadline, they have pulled our right to continue bringing these channels to our customers. We are working hard to come to a reasonable agreement to restore these channels and are automatically crediting eligible accounts the value of the missing content each month these channels are unavailable.* Thank you for your support and patience as we work to get these channels back at a price that is fair to you.

*Courtesy credits will apply to individual residential and small business customers who were subscribers to the affected channels as of January 1, 2021. GCI employees, bulk/hotel customers, and landlord-provided services are not eligible for credits. Customers will see credits appear online within the next few weeks, or on your next invoice.

Vision Alaska and Coastal Television have taken away some of your TV channels because we refused to pay unreasonable rate increases for their content.

Each year, GCI negotiates numerous contracts with programmers so that we can provide our customers with access to the television shows, movies, and sports they love. GCI pays a fee for every channel we carry, and every year, those fees increase. GCI has already successfully completed negotiations for more than 60 networks in 2020. GCI tries to negotiate reasonable rates that help keep costs low for customers but sometimes programmers propose costs that are unrealistically high. In those cases when GCI cannot negotiate a more reasonable rate and an agreed upon rate is not reached, the network will pull the channel from our customers until its demands are met.

In this case, Vision Alaska and Coastal Television, the Alaska operators of ABC, FOX, and CW have been asking for outrageous fee hikes across multiple channels that would ultimately contribute to higher costs for GCI TV customers. We are working to secure reasonable terms to bring back these channels.

Which channels are impacted?

How can I watch my ABC, FOX, and CW programs in the meantime while they are off the air?

One option is to consider video streaming services. Both YouTube and Hulu offer live TV programming from these channels and often have free trials for a period of time.

Free video streaming trials are offered directly from streaming providers and not offered from GCI.

Another option that may be available if you live in an area with an over-the-air signal like Anchorage, Fairbanks, and Juneau, is that you may be able to access the local stations using an antenna. In addition, many of the FOX shows are already available via other networks and services:

+-When will ABC, CW and FOX be back on the air?

GCI is working hard to convince the local FOX station to negotiate a reasonable rate for our customers. We don’t want to pass on high programming cost to our customers because networks are demanding ridiculous rate hikes. We do not have a date when the programming will return at this time. You can help us by contacting the local ABC, FOX, and CW stations at 877-304-1313 or 907-561-1313 to request restoration of local stations.

+-What about TV Everywhere?

GCI customers do not have access to these channels (ABC or FOX) on TV Everywhere or through individual applications. All access has been removed by Vision Alaska and Coastal Television until such a time comes that we reach agreeable terms.

+-Will I still be charged for these channels, even though I’m not receiving them?

We understand this is a frustrating situation and customer satisfaction remains our number one priority. So, as we work to reach a reasonable agreement that does not substantially drive up costs for GCI and our TV customers, we will provide bill credits to eligible customers.*

*Courtesy credits will apply to individual residential and small business customers who were subscribers to the affected channels as of January 1, 2021. GCI employees, bulk/hotel customers, and landlord-provided services are not eligible for credits. Customers will see credits appear online within the next few weeks, or on your next invoice.

+-If I have recorded ABC, FOX, or CW shows will I still have those recordings?

+-When ABC, FOX, or CW programming comes back on, will I need to reset my DVR settings for that channel?

If you deleted your scheduled recordings you will need to set them up again.

+-How can I watch my ABC, FOX, and CW programs in the meantime while they are off the air?

If you live in an area with an over-the-air signal like Anchorage, Fairbanks, and Juneau, you may be able to access the local stations using an antenna. In addition, many of the FOX shows are already available via other networks and services:

• NFL Football: Superbowl is on CBS and NFL Network also replays games during the week.

• The Last Man on Earth: Hulu

+-Could cable customers just switch to other providers, even satellite TV, to avoid blackouts?

All TV providers like GCI, regardless of their size, including streaming and satellite TV providers must negotiate retransmission consent fees with local broadcasters. Any of these negotiations could lead to TV stations going off the air. Industry research says that 80% of TV markets in the United States have experienced at least one local broadcast blackout. DISH Network and DIRECTV subscribers have also experienced blackouts, and Hulu Live is in the middle of negotiations to prevent a blackout. Therefore, switching providers will not protect you from the threat of a blackout.

+-Are there any online reference materials I can use to better understand programming agreements?

Yes, the following website is a good source of information: